ST. PAUL, Minn., May 18, 2021 /PRNewswire/ -- From manufacturing personal protective equipment to developing vaccines to the overall response to COVID-19, science is heightening the world's expectations for what is possible, according to the 2021 3M (NYSE: MMM) State of Science Index. 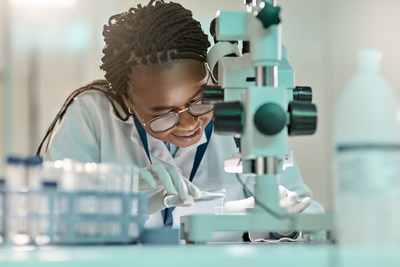 "Science is becoming more of a uniting factor as the world moves toward a common mission to build a safer, greener, stronger, and more equitable future," said Mike Roman, chairman of the board and chief executive officer for 3M. "The world's confidence in science is confirmed every day as we see more and more examples of its impact, from the COVID-19 recovery to advancing sustainability, making a meaningful difference."

Whether being hopeful that science will save us from the pandemic – 85 percent agree – or believing science will be the reason 2021 is better than 2020 (87 percent), more people appreciate what science can do.

The State of Science Index (SOSI) is a third-party, independent research study commissioned by 3M and conducted annually for the past four years to track attitudes towards science. The 2021 study was fielded from February to March and includes 17 countries – making it the largest data pool to date. It is the second edition of SOSI conducted during the pandemic.

More trust. Less Doubt.
The public image of science has improved again, with trust in science remaining at the highest level recorded in the four years since the State of Science Index began tracking it. Globally, 91% of respondents trust science, 85% agree there are negative consequences to society if science is not valued; a significant majority (75%) stand up to skeptics by defending science if someone questions it. Biases are increasingly put on the back burner, with a 7-point decline since the pre-pandemic survey in the percentage of people who only believe in science that aligns with their personal beliefs, and skepticism in science is at its lowest (27%). Two-thirds (67%) say that science unifies those with opposing views, while one-third (33%) believe it divides.

More Trust. More conformity?
The survey data supports the hypothesis that the more we trust science, the more likely we may be to follow scientific advice to stay safe during the pandemic. A significant majority (91%) agree that people should follow the advice of scientists to contain the spread of COVID-19, with 82% saying most people they know follow behaviors recommended by scientists to stay safe. Moreover, 88% agree vaccines are an essential part of how science responds to public health concerns.

Will appreciation continue, and is the U.S. a bellwether for future trends?
Data points to some early warning signs. A majority (59%) believe that appreciation for science will continue beyond the pandemic, but 41% are not fully convinced. Across generations, the trend shows Gen Z adults and millennials have greater optimism than their older counterparts (63%). Baby boomers, the oldest generation in the survey, are the least optimistic (53%).

Compared to the global average, America is an outlier. A little more than half of Americans in the survey (53%) believe science appreciation will last beyond the pandemic. Further, the proportion of Americans skeptical of science has risen directionally over the past six months, potentially indicating that a shift, led by the U.S., may be coming.

The pandemic has ignited a renewed interest in STEM careers and education.
Scientists and medical professionals are inspiring people to pursue STEM-based careers in the future, especially among younger generations. Over half (60%) are more inspired to pursue a STEM career due to the pandemic, rising to 65% among Gen Z and millennials. And, while 90% agree the world needs more people pursuing STEM careers, barriers to entry remain.

"Events of the past year have put a spotlight on the education gap within underserved communities," said Dr. Jayshree Seth, corporate scientist and chief science advocate, 3M. "Gender inequalities, and unequal access to a quality STEM education for under-resourced students, continue to affect economic outcomes across the globe. We must all do our part to create greater opportunities, by strengthening STEM investments, eliminating underrepresentation in STEM, and bridging the STEM talent gap so that we can all realize the promise of a more diverse, equitable, and inclusive society."

Amid ongoing social justice issues, the world is eager to see a shift in inequities for under-represented groups within STEM. Most respondents (88%) agree that it is essential to increase diversity in STEM, recognizing it enables greater global collaboration, innovative ideas, and new and improved approaches to existing research techniques. Still, more than two-thirds (73%) acknowledge that equal access to STEM education is often not available to underrepresented minorities.

Within STEM equity, gender disparity remains an issue; there are negative consequences to society if the science community fails to attract more women and girls (70%); more needs to be done to keep women and girls engaged in STEM education (87%); females are discouraged from STEM more than males (59%).

Looking at who bears responsibility for the education of STEM students, data confirms teachers and governments rank first and second - but corporations rank third, ahead of family members and NGOs. This reveals a clear mandate for companies to play their part.

3M recently announced actions to build even greater equity in its communities, business practices and workplaces, setting a new global, education-focused goal. The company will advance economic equity by creating five million unique STEM and Skilled Trades learning experiences for underrepresented individuals by the end of 2025.  3M is also releasing a docuseries for the public this June. "Not the Science Type," features the stories of four female scientists with different careers as they challenge stereotypes and confront and overcome gender, racial, and age discrimination.

Sustainability is an issue that science can solve, and solutions are urgently needed.
The State of Science Index exposes a growing concern and a sense of urgency surrounding the health of the planet. A significant majority (89%) agree that solutions to mitigate climate change need to happen immediately, and 89% confirm their belief that the world should follow science to help create a more sustainable future.

This February, 3M announced plans to invest $1 billion over the next 20 years to accelerate new environmental goals, including achieving carbon neutrality by 2050, reducing water use by 25% at facilities, and return higher-quality water to the environment after use in manufacturing operations. In April, 3M announced an additional new goal to reduce its use of virgin fossil-based plastic (new plastic made from petroleum) by 125 million pounds within five years.

Over the last year, climate change has become more of a concern for Gen Z adults (72%) vs. their older counterpart, boomers (68%). As a result of the pandemic, Gen Z has become more environmentally conscious (80%) compared to boomers (73%).

"The urgency for improving the health of our planet and its people comes through loud and clear," said Gayle Schueller, senior vice president and chief sustainability officer, 3M. "By working with customers, businesses, governments, and international parties, we can address environmental challenges around the globe and build a more sustainable future."

Cross-collaboration on science-based solutions is critical.
Perhaps because the public has experienced firsthand the benefits of collaboration between countries in the past year, there is agreement (91%) that the world should work together on scientific solutions to address pressing issues, including future pandemics and climate change.

Collaboration between public and private sectors to advance science is overwhelmingly supported (92%). About half of people expect corporations to work with governments to advocate for regulations and policies that solve global challenges (51%). Topping the list is a desire for companies to prioritize preparing for the next pandemic (55%), indicating a concern for future outbreaks. Other priorities for companies include investment in innovations that mitigate the effects of climate change (46%) and removal of barriers to quality STEM education for the underrepresented (40%).

Over the past year, 3M has joined the UN to raise awareness of epidemic preparedness using science-based information and best practices for disease prevention and response. Most recently, 3M released a white paper on best practices for Personal Protective Equipment (PPE) stockpiling programs.

For more information about the 2021 State of Science Index results, please visit www.3M.com/scienceindex.

About 3M
At 3M, we apply science in collaborative ways to improve lives daily as our employees connect with customers all around the world. Learn more about 3M's creative solutions to global challenges at www.3M.com or on Twitter @3M or @3MNews.

State of Science Survey Methodology
3M's State of Science Index presents original, independent, and nationally representative (based on census demographics) research in 2021, conducted by global research firm Ipsos through a combination of online and offline interviews. The 2021 Survey was conducted February 2-March 23, 2021 in 17 countries among 1,000 general population adults (18+) in each of the following countries: Australia, Brazil, Canada, Colombia, China, France, Germany, India, Italy, Japan, Mexico, Poland, Singapore, South Korea, UAE, UK and the U.S. At the 95% confidence level, the margin of error is +/- 0.8 percentage points at the global, 17-country level and +/- 3.1 percentage points for each individual country. To compare across all waves of SOSI, a 10-country tracking average was used which has a margin of error of +/- 1.0 percentage points. Countries within this average include Brazil, Canada, China, Germany, Japan, Mexico, Poland, Singapore, UK, and the U.S.