3M News Center
Back to Press Releases
­­As Americans prepare for long-anticipated travel, transportation safety on roadways is a significant concern
3M survey reveals that safety on roadways has been negatively impacted by the pandemic; many in the U.S. believe their communities must do more to improve the safety and reliability of transportation
Continue Reading

ST. PAUL, Minn., Nov. 9, 2021 /PRNewswire/ -- As Americans prepare for much-anticipated travel in the coming months, the safety of transportation and roadways is a concern for most travelers, according to a new survey facilitated by 3M (NYSE: MMM). 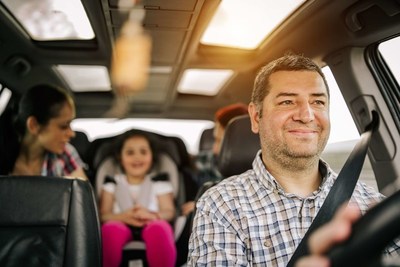 Nearly half—or 47 percent—of U.S. respondents plan to travel for a vacation or trip within the next six months, and more than 3 out of 4 plan to travel by car. At the same time, 53 percent are concerned about the safety of transportation and roadways when traveling outside their community.

The global statistics on road safety are startling, with traffic collisions killing or injuring millions of people each year. According to the World Health Organization, one person around the world dies in a road collision every 24 seconds—a tragedy totaling 1.3 million lives lost each year.

The 3M survey found that the impact of traffic collisions is personal for many. Thirty-five percent of U.S. respondents have a family member or close friend who has died or been seriously injured in a car crash, and nearly one-third of those incidents occurred throughout the pandemic. In addition, 40 percent of 18–34-year-old U.S. respondents—more than any other age group—reported having a close family member or friend who was seriously injured or who died in a traffic collision, with almost half of those incidents taking place over the last 18 months.

The third-party, independent research was commissioned by 3M in 11 countries to identify the top concerns of adults relative to getting to and from home safely, as well as their views on the current state of transportation safety in their communities.

"The results of our global survey reaffirm that improving road and transportation safety around the world must remain a top priority, especially as the number of traffic collisions rises in many countries," said Dan Chen, President of 3M Transportation Safety Division. "As many of us are making travel plans for the first time in almost two years, our mission to help get families home safely has never been more important."

The impact of the pandemic on transportation safety

The survey revealed that 35 percent of American respondents believe transportation has become more dangerous due to the pandemic and over 4 out of 10 believe traffic fatalities have increased in 2020. At the same time, 58 percent say they have been driving more carefully since the pandemic started, indicating a disconnect between how people evaluate their own driving and others on the road.

In the U.S., traffic-related fatalities have dramatically increased throughout the pandemic, with many calling this disturbing trend a national crisis. New data from the National Highway Traffic Safety Administration (NHTSA) confirms Americans' perceptions, showing that the number of U.S. traffic deaths in the first six months of 2021 hit 20,160 -- the highest first-half total since 2006, and more than 18 percent higher than the first half of 2020.

According to the survey, Americans are highly concerned about the behaviors of other drivers, visibility issues and road conditions. The top five concerns of the American respondents include:

Today, 7 out of 10 American respondents report not having reliable or safe access to bike lanes, and over half —or 58 percent—feel they do not have reliable and safe access to public transportation.

Ranking high among transportation safety concerns, two-thirds of U.S. parents are concerned about getting their children to and from school safely. Forty-eight percent say their children are driven in a car and 38 percent travel by school bus.

3M reflective sign sheeting, ink, and overlays increase visibility and driver recognition of these signals. Studies have found that where more-visible signs are installed, crash numbers have fallen up to 46 percent within three to six years1.

In the U.S., 3M continues to collaborate with local organizations and governments to address the most pressing road safety issues across the country, helping to reduce fatalities and injuries and make safer roadway systems a reality.

3M is a current sponsor of the Vision Zero Network, a national non-profit organization working to eliminate traffic fatalities and severe injuries and to ensure safe, equitable mobility for all. This year, 3M also signed on to support the National Safety Council's Call on President Biden to Commit to Zero Traffic Deaths, a letter campaign urging the U.S. Administration to prioritize safety and commit to the Vision Zero goal.

This poll was conducted by Morning Consult between October 9, 2021, and October 26, 2021, among a sample of 22,000 adults in the following 11 countries: Brazil, Canada, China, France, Germany, India, Japan, Mexico, South Korea, United Kingdom, United States. The interviews were conducted online and the data were weighted based on gender, age, and region. Results from the full survey have a margin of error of plus or minus 2 percentage points.

At 3M, we apply science in collaborative ways to improve lives daily as our employees connect with customers all around the world. Learn more about 3M's creative solutions to global challenges at www.3M.com or on Twitter @3M or @3MNews.